The Sandman is an audiobook adaptation of the original comic series written by Neil Gaiman and Dirk Maggs and published by DC Comics. On January 28, 2021, it was announced that the second and third installments were greenlit.[1]

The first installment of the multi-part audio drama series, adapting volumes 1-3 of the graphic novel series (Preludes and Nocturnes, The Doll's House, and Dream Country), became exclusively available on Audible on July 15, 2020. French, German, Italian, and Spanish editions are to be expected soon. It has a run-time of 10 hours and 54 minutes and an original score from composer and musician James Hannigan.[2][3] The second installment, The Sandman: Act II, adapting Volumes 4-6 (Season of Mists, A Game of You, and Fables and Reflections bundles Distant Mirrors and Convergence), was released on September 22, 2021.[4] The third installment will adapt Volumes 7-8 (Brief Lives and World's End).[1]

Please note: This content is not for children. It is for mature audiences only. Like the original graphic novels, this audio adaptation contains explicit language and graphic violence, as well as strong sexual content and themes. Discretion is advised.

Hailed by the Los Angeles Times Magazine as "the greatest epic in the history of comic books", The Sandman changed the game with its dark, literary world of fantasy and horror - creating a global, cultural phenomenon in the process. At long last, Audible and DC present the first-ever audio production of the New York Times best-selling series written by acclaimed storyteller Neil Gaiman (who also serves as co-executive producer). Adapted and directed by multi-award-winner (and frequent Gaiman collaborator) Dirk Maggs, and performed by an ensemble cast with James McAvoy in the title role, this first installment of a multi-part original audio series will transport you to a world that re-writes the rules of audio entertainment the way that The Sandman originally re-defined the graphic novel.

When Sandman, also known as Lord Morpheus - the immortal king of dreams, stories, and the imagination - is pulled from his realm and imprisoned on Earth by a nefarious cult, he languishes for decades before finally escaping. Once free, he must retrieve the three "tools" that will restore his power and help him to rebuild his dominion, which has deteriorated in his absence. As the multi-threaded story unspools, The Sandman descends into Hell to confront Lucifer Morningstar (Michael Sheen), chases rogue nightmares who have escaped his realm, and crosses paths with an array of characters from DC comic books, ancient myths, and real-world history, including: Inmates of Gotham City's Arkham Asylum, Doctor Destiny, the muse Calliope, the three Fates, William Shakespeare (Arthur Darvill), and many more.

A powerhouse supporting cast helps translate this masterwork into a sonic experience worthy of its legacy, including Riz Ahmed, Kat Dennings, Taron Egerton, Samantha Morton, Bebe Neuwirth, Andy Serkis, and more. Setting the stage for their performance is an unprecedented cinematic soundscape featuring an original musical score by British Academy Award winner James Hannigan. Fans will especially revel in a new twist for the audio adaptation: Neil Gaiman serves as the narrator. Follow him as he leads listeners along a winding path of myths, imagination and, often, terror. Even in your wildest dreams, you’ve never heard anything like this.[2] 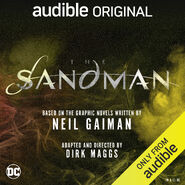 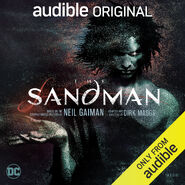 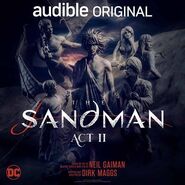 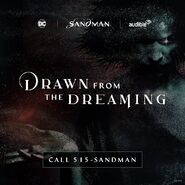 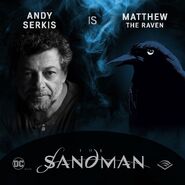 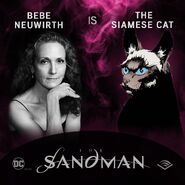 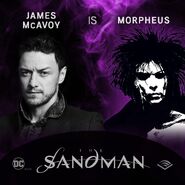 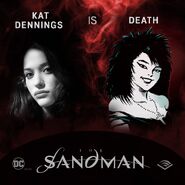 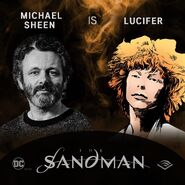 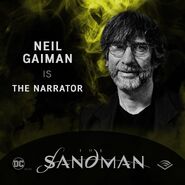 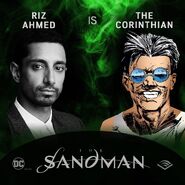 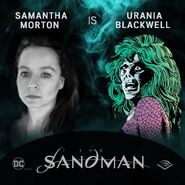 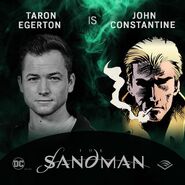 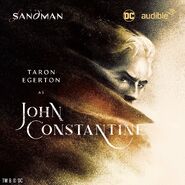 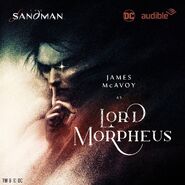 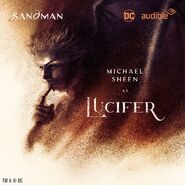 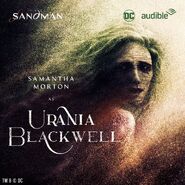 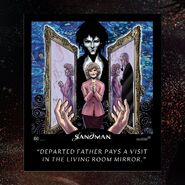